Coarse Fishing the name given to freshwater fishing

But there is nothing coarse about their strength & guile 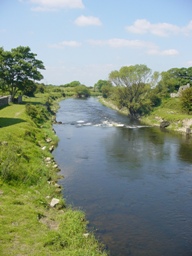 What is Coarse Fishing?

It is said that  coarse fishing and coarse fish were given this name by the 19th century gentry in England because these fish had a coarse taste compared to that of game fish which were a delicacy and which they specialised in fishing for.

For most people, unless they lived by the sea, then river coarse fishing is probably where they got their first taste of fishing. This was where I got into fishing.

I used to go down to the river with some of my friends and fish with a worm on a hook tired to a stick by a piece of line some careless person had left behind them. So as you can see it didn’t take a lot of money to start.

The more I got into it and started to learn the right methods or techniques for coarse fishing. There are several recognised freshwater methods in use around the world today. The best known of these are listed below (You can click on the link to get a detailed explanation of each and how to do it)

Float Fishing
Float fishing uses a float attached to the line which when you cast the line out the float will sit at the surface of the water. This will dip down in the water if anything pulls on the line below it. (ie: the fish at the bait, hopefully)

FreeLining
Freelining is probably one of the easiest ways to go coarse fishing, all you need is the rod, reel, line, hook and bait and off you go. That is where the easy bit ends, it is hard to learn, it takes a lot of practice to get right, and even then you are always learning something new. Because of the fact that it is so hard to get right a lot of fishermen ignore it and will not try it.

Pole Fishing
Pole fishing steams back to the earliest methods of coarse fishing, when someone tied a bit of string to a stick, used a bone to make a hook and tried to catch dinner. The principles may still be the same but the equipment and techniques have changed greatly. 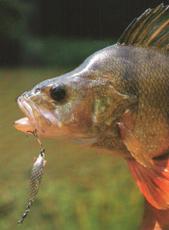 This is the art of deception, through the use of various materials we make lures which mimics the looks and motions of something a fish would like to eat. These can range from simple spoons which glitter in the water as they are drawn back to elaborate fish shaped lures which plunge and rise and twist in the water.

OK now you have looked at all the methods employed for coarse fishing and believe that you know which one you want to do you have to get the equipment to do it.
Just as the methods of coarse fishing are very varied so is the fishing gear you need to get. Have a look at the freshwater tackle we have listed to get an idea of what you will need to get, so you can get down to the river and start catching fish.

If you find yourself driving around Co. Kerry asking yourself where do people go to a bit of coarse fishing around here? then have a look at the site Tom and Maurice have put up to help you – the www.1st-stop-county-kerry.com site has some of the best information on where to fish in Kerry and what to fish for.

If you are fortunate enough to do a bit of coarse fishing in Canada then hook up with Craig over at www.freshwater.fishing.canada.com for all the information you need to catch fish and if you like cook them.